How to effectively implement Automation with Ansible in a DevOps Environment

Need Training for 5 or More People?

Customized to your team's need:

Ansible is a powerful IT automation and configuration management tool. In terms of DevOps, Ansible can be considered to target four main automation areas, in Dev, Ops, Security and QA, and Business.

Repetitive tasks that must be figured out every time, are just huge time and money wasters. With Ansible, IT problems are solved once, then that solution is automated. The automated solution is then applied, and the resultant simplification of infrastructure and configuration effectively accelerates DevOps initiatives.

We’ll describe how Ansible automation can help address DevOps challenges and why it is used for DevOps identifying its advantages, comparing the differences between open source and the Red Hat professional version, identifying its pre-requisites such as the control machine and managed node requirements.

At the end, we’ll review some Ansible commands lines, plugins, filters, patterns, network scaling automation and towers, to be prepared to run this automation adventure!

Write Your Own Review
Only registered users can write reviews. Please Sign in or create an account 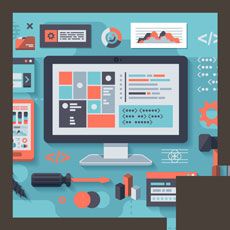 Our experts featured on QuickStart are driven by our ExpertConnect platform, a community of professionals focused on IT topics and discussions. Interact with these experts, create project opportunities, gain help and insights on questions you may have, and more.