Abstraction is the process of picking out (abstracting) similar characteristics of procedures and objects.

Class is categorizing objects. A class defines all the common traits of the numerous objects that fall under it.

Encapsulation is wrapping the data under a single, consolidated unit. In OOP, it is defined as binding data with a function that manipulates it.

Inheritance is the ability of one class to derive its characteristics from another class.

Interface comprises the languages and the codes used by various applications to communicate with each other.

Object is an entity that is self-contained. It consists of data as well as procedures.

Polymorphism refers to a programming language’s ability to process objects uniquely according to their data type and/or class.

Procedure is the part of a program performing a specific task.

Message passing is a form of communication used in parallel programming and OOP. 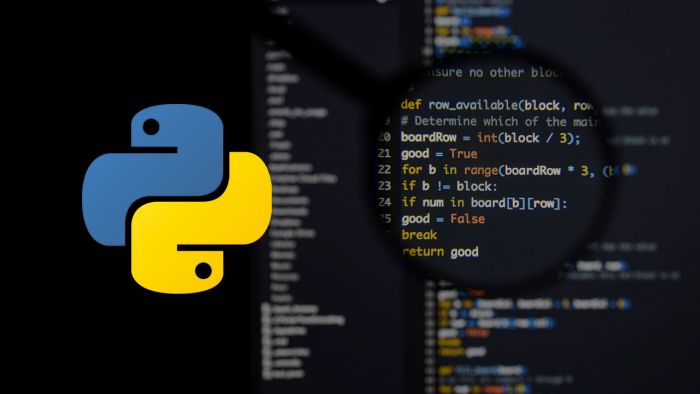 Python is a popular deal. Increasingly more new programmers are picking it as their first learning language, which implies its future is something beyond brilliant - it's stunning.

Object-oriented programming deals with objects that are manipulated. It does not define the logic. In computer science, an object can be a method, a data structure, or a function. As far as class-based object-oriented programming paradigms are concerned, an object is defined as an instance of a class where variables, methods, and data structures come together to make an object. The objects can contain both data as well as functions.

They are also called Object Database Management Systems (ODBMS). These databases store objects instead of data, such as real numbers and integers. Objects consist of the following:

Attributes: Attributes are data that define the traits of an object. This data can be as simple as integers and real numbers. It can also be a reference to a complex object.

Methods: They define the behavior and are also called functions or procedures.

Enroll in Our Coding Bootcamp

QuickStart offers online coding bootcamps in partnership with the top US universities under their continuing education programs.

These databases try to maintain a direct correspondence between the real-world and database objects in order to let the object retain its identity and integrity. They can then be identified and operated upon.

Real-time systems inherent complexities that make it difficult to build them. Object-oriented techniques make it easier to handle those complexities. These techniques present ways of dealing with these complexities by providing an integrated framework, which includes schedulability analysis and behavioral specifications.

It’s difficult to model complex systems due to the varying specification of variables. These are prevalent in medicine and in other areas of natural science, such as ecology, zoology, and agronomic systems.  Simulating complex systems requires modeling and understanding interactions explicitly. Object-oriented programming provides an alternative approach for simplifying these complex modeling systems.

OOP also helps in laying out a framework for hypertext. Basically, hypertext is similar to regular text, as it can be stored, searched, and edited easily. The only difference is that hypertext is text with pointers to other text as well.

Hypermedia, on the other hand, is a superset of hypertext. Documents having hypermedia not only contain links to other pieces of text and information but also to numerous other forms of media, ranging from images to sound.

It addresses the problem of prediction and approximation of complex time-varying systems. Firstly, the entire time-varying process is split into several time intervals or slots. Then, neural networks are developed in a particular time interval to disperse the load of various networks. OOP simplifies the entire process by simplifying the approximation and prediction ability of networks.

These include formal as well as informal electronic systems primarily concerned with information sharing and communication to and from people inside and outside the organization. Some examples are:

OOP can also be used in manufacturing and design applications, as it allows people to reduce the effort involved. For instance, it can be used while designing blueprints and flowcharts. OOP makes it possible for the designers and engineers to produce these flowcharts and blueprints accurately.

These are computer applications that are developed to solve complex problems pertaining to a specific domain, which is at a level far beyond the reach of a human brain.

It has the following characteristics:

Beginners choose Python as a preferred programming language, as it makes coding faster and easier. If you want to learn object-oriented programming, you should look into our Object-Oriented Programming Fundamentals with Python course.

Need career advice or mentoring? Interested in our web development boot camp? Connect with our experts and start your training journey now!